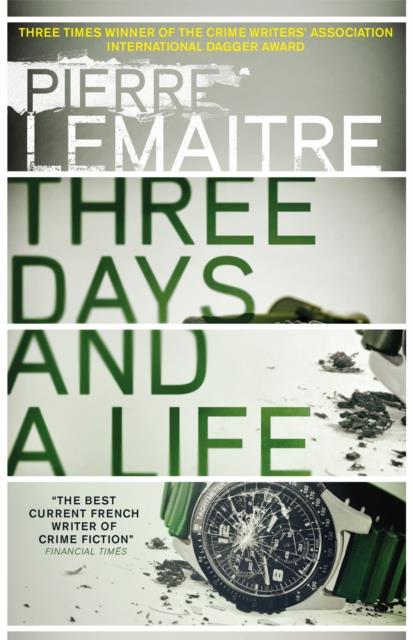 THREE DAYS AND A LIFE

@2@@20@LONGLISTED FOR THE CWA INTERNATIONAL DAGGER 2018@21@@3@@2@Antoine is twelve years old. His parents are divorced and he lives with his mother in Beauval, a small, backwater town surrounded by forests, where everyone knows everyone's business, and nothing much ever happens. But in the last days of 1999, a series of events unfolds, culminating in the shocking vanishing without trace of a young child. The adults of the town are at a loss to explain the disappearance, but for Antoine, it all begins with the violent death of his neighbour's dog. From that one brutal act, his fate and the fate of his neighbour's six year old son are bound forever.@3@@2@In the years following Remi's disappearance, Antoine wrestles with the role his actions played. As a seemingly inescapable net begins to tighten, breaking free from the suffocating environs of Beauval becomes a gnawing obsession. But how far does he have to run, and how long will it take before his past catches up with him again?@3@@2@@20@Translated from the French by Frank Wynne@21@@3@